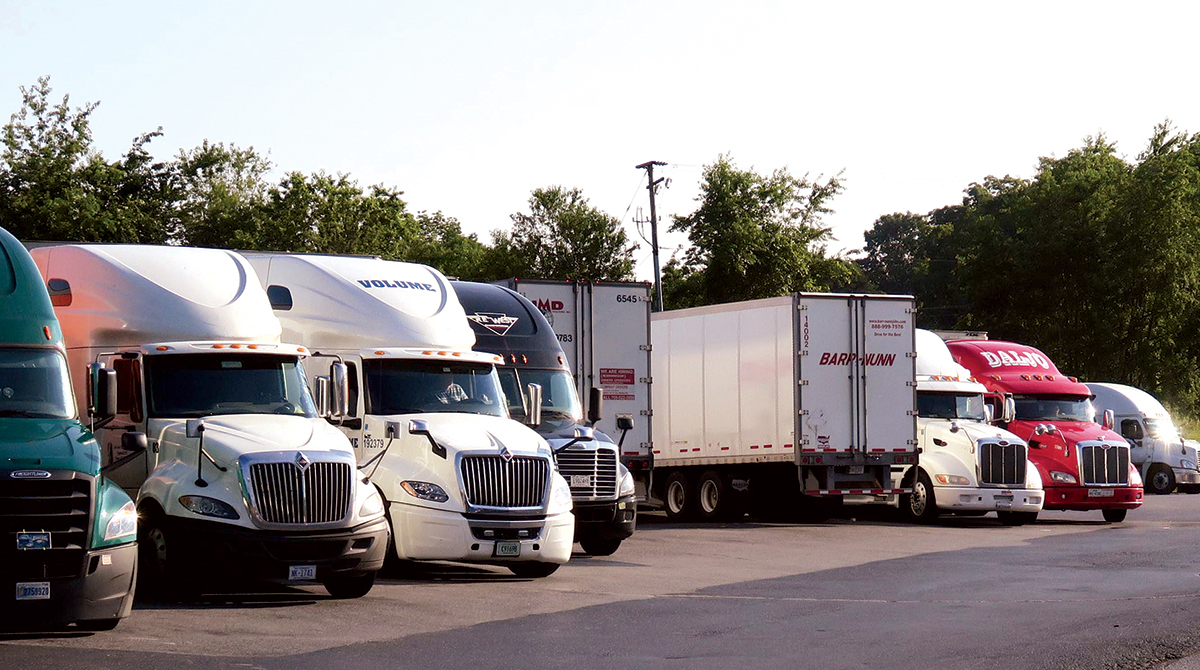 A bill designed to facilitate access to parking around the country for commercial vehicles was recently introduced in the U.S. House of Representatives.

The Truck Parking Safety Improvement Act aims to ameliorate a shortage of available parking nationwide. For years, several transportation policymakers on Capitol Hill have raised concerns about a lack of adequate parking for trucks.

“I grew up in a family trucking business and spent years driving over the road,” Rep. Mike Bost (R-Ill.), the bill’s sponsor and a member of the Transportation and Infrastructure Committee, said March 29. “Since then, we’ve seen the need for more trucks and drivers increase significantly, especially during the COVID-19 pandemic when trucking helped to keep our economy going. However, the number of truck parking spaces hasn’t kept pace.

That means that drivers are forced to park in unsafe locations, which puts both them and other motorists at risk, added Bost, whose legislative version offered in the previous session of Congress did not reach the president’s desk for enactment. “Creating sufficient parking options for long haul truckers will not only help keep truckers safe during their rest breaks but will also mean safer roads for everyone.”

Rep. Angie Craig (D-Minn.), a co-sponsor, added: “Without adequate parking, truck drivers are forced to pull to the side of the road or continue driving, both of which are risky.”

Specifically, the legislation would dedicate funding from the U.S. Department of Transportation for state agencies to amplify facilities that provide parking for trucks. The bill would authorize $125 million for fiscal 2022, with incremental funding increases through fiscal 2026. The legislation also would require state and federal officials to produce a report for Congress on the legislation’s impact on the freight industry.

The legislation is expected to be considered during the House transportation panel’s debate of a multi-year highway policy measure. That multi-year bill would update a 2015 national highway law that expires in September.

In February, Rep. Peter DeFazio (D-Ore.), the transportation committee’s chairman, acknowledged concerns associated with a lack of proper parking facilities for truck drivers. He expressed commitment for examining provisions designed to enhance parking nationwide for commercial drivers. He told colleagues at the time, “We would meaningfully address that issue.”

Stakeholders, which have sounded the alarm about the lack of parking for several years, said they welcomed the measure. They have argued that expanding parking for truckers would improve the flow of freight for many parts of the country, and increase the safety of motorists.

“The severe shortage of safe parking presents truckers with an untenable dilemma: Either keep driving when they are fatigued and possibly in violation of their federal hours-of-service requirement, or park in unsafe, sometimes illegal locations such as a roadside shoulder,” said American Trucking Associations President Chris Spear.

“The health and well-being of our drivers, the safety of the motoring public, and the sustainability of our supply chain all depend on Congress addressing this issue with adequate funding in a surface transportation [policy] bill,” Spear added.

“Truckers often wonder if anyone in Washington is listening,” said Owner-Operator Independent Drivers Association President Todd Spencer, in a statement accompanying the bill’s announcement. “The introduction of the Truck Parking Safety Improvement Act shows that not only are some members of Congress listening, but lawmakers from across the political spectrum are willing to step up and address one of the greatest concerns for professional drivers: the national shortage of safe truck parking.”

By Metro Magazine Staff Original Story The National Council on Aging (NCOA) and Volkswagen Group of America released the results of an online survey that reveals approximately 70% of older […]{...}

By Liz Carey The Georgia Department of Economic Development (GDEcD), the state’s sales and marketing agency, recently launched the Electric Mobility and Innovation Alliance to advance the state’s role in […]{...}